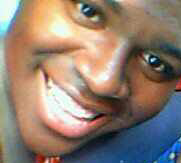 1.   At age 17, Terrell Scott, a homeless, mentally challenged, black youth, was made a sex slave by Betty (not her real name), a 40 year old Caucasian woman with five children under Terrell's age. Terrell had to work and give Betty his paycheck, clean the home, and care for her five children in addition to providing sex for Betty. Child Protective Services (CPS) visited the home twice weekly, because Betty had lost a child under suspicious circumstances before Terrell met her.

2.   Terrell remained with Betty and her children for approximately four years, afraid for the children every day. At his mother's urging, Terrell eventually reported his fears to CPS about negligence and abuse Betty's children received, and the children were removed from her home. Betty allegedly fed her children expired rice with bugs crawling through, left for long periods of time whenever she received a monthly check, and the girls were allegedly sold for prostitution when Betty's money ran low.

3.   Betty allegedly retaliated against Terrell Scott roughly six months after her children were removed from her custody. Betty falsely reported that Terrell had raped her daughters. Terrell has now been imprisoned for four years in Pennsylvania, held on a $500,000 bond and denied a trial. Terrell's family said Terrell was tricked into signing a waiver to a speedy trial.

4.   Terrell has been raped and beaten behind bars, exposed to HIV virus, and made to endure solitary confinement. His beating robbed him of his eyesight in one eye and his hearing in one ear. He was never treated for his injuries. Terrell's guard, Officer Hill, allegedly told the mentally ill youth that if he reported his rape and beating, something bad would happen to his family. The mentally ill and children are easily bullied. Therefore, an infection apparently spread and impacted Terrell's vision and hearing.

5.   Terrell's cellmate was an HIV positive inmate who wore a colostomy bag. The bag sometimes overfilled, and urine and blood would run onto the floor. Terrell cleaned the floor without latex gloves. During an argument over a television, Terrell's cellmate spat in his eye, and Terrell may therefore be HIV-infected. Terrell tried to commit suicide after being spat upon by his HIV-infected cellmate and was sent to solitary confinement after being released from the hospital where he was comatose for a period of time after overdosing on his psychiatric medication.

6.   Betty allegedly confessed to Terrell's brother that she lied on Terrell and apologized to him. The family was hopeful because Betty allegedly made her confession while at work, and they presumed the conversation was caught on the two cameras that were trained on Betty while she ran the cash register. But Terrell's lawyer never followed up on that confession in any way, as far as the family knows.

7.   Terrell's mother, Holly Alston, and his brother asked for your help on Blogtalkradio Friday, November 8:


13.   Ms. Alston and others discussed Terrell Scott's case and his four years imprisonment without trial on the four radio broadcasts listed above. The radio shows are produced by National Network in Action. The schedule and call-in numbers for all NNIA shows are in this article:
"New Human Rights Blogtalkradio Broadcasts"
http://freespeakblog.blogspot.com/2013/10/new-human-rights-blogtalkradio.html

14. The family and perhaps friends also plan to appear on the Rev. Pinkney Blogtalkradio show Sunday, November 17, 2013 at 5pm Eastern to seek more people to sign their petition for Terrell to finally get a trial and justice.

15.   Terrell's family said he was never read his Miranda rights and was not permitted to have an attorney represent him at the arraignment hearing. When Terrell asked for an attorney, police allegedly responded that they would represent Terrell and proceeded to tell the judge what a vicious, dangerous person Terrell was and that he deserved a high bond. Terrell's family said they are dissatisfied with the attorney who finally was assigned to represent Terrell but were refused a replacement. As far as this family knows, no discovery was ever conducted in Terrell's case to get statements from Betty or her daughters who Betty alleged were raped by Terrell. Neither were CPS workers interviewed - professionals who were in the home twice weekly and never noted any concerns about Terrell's conduct with the children. 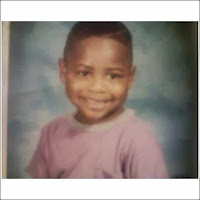 16.   Terrell was forced to leave his home at age 17 by his abusive stepfather, according to Holly Alston. Terrell wanted to protect his mother, who has muscular dystrophy, from her husband, who had been in the home since Terrell was six years old. From his earliest childhood, Terrell has been severely mistreated. The schizophrenic young man has wrestled with mental illness throughout his life. Please assist Terrell and his family by signing his Change.org petition at the link above: "Justice and Freedom for Terrell Scott." If possible, please help Terrell have the opportunity to prove his innocence. The petition has contact information for legal personnel involved in Terrell's prosecution and defense.

17.   Thank you for helping to give ASSISTANCE TO THE INCARCERATED MENTALLY ILL. The next article in DogJustice blog is "Censorship, Isolation, and Death" at http://dogjusticeformentallyill.blogspot.com/2013/11/1.html

13. Terrell was forced to leave his home at age 17 by his abusive stepfather, according to Holly Alston. Terrell wanted to protect his mother, who has muscular dystrophy, from her husband, who had been in the home since Terrell was six years old. From his earliest childhood, Terrell has been severely mistreated. The schizophrenic young man has wrestled with mental illness throughout his life. Please assist Terrell and his family by signing his Change.org petition at the link above: "Justice and Freedom for Terrell Scott." If possible, please help Terrell have the opportunity to prove his innocence. The petition has contact information for legal personnel involved in Terrell's prosecution and defense.

I have been under surveillance and persecuted since beginning advocacy to decriminalize mental illness in America after my mentally, physically disabled brother, Larry Neal, was kidnapped by police and held under secret incarceration in Memphis Shelby County Jail for 18 days until his death by means neither the jail nor the USDOJ, which was in overview of the jail, will reveal.

Advocacy articles to decriminalize mental illness are censored, and this writer is persecuted for revealing how the mentally ill are treated in America. They are considered as "usless eaters" and prison commodities. A man who introduced himself as a U.S. Marshal searching for a murderer came to this writer's home yesterday, Friday, November 8, 2013. Pray for MaryLovesJustice as I continue to bring Assistance to the Incarcerated Mentally Ill.

The legal system is a nightmare for any indigent person, speedy trial is a myth. The only people that get speedy trials are with expensive lawyers.
Now combine mental illness into the picture, it's over. Judges are not doctors & should never be in the position interfere with a person's medical needs. Yet once a person with mental illness gets into the system, they are left at the hands of judges everyday, incarcerated for years without proper medical care. Don't even get me started on the horrors of many actually doctors institutions for the indigent.
Thank you for being brave enough to expose this and fight this fight. One of the most tragically under served populations.

Thank you. Our readers can help by signing and sharing my "Petition for Free Speech" at

We appreciate you, Teese Powell, and everyone who helps to give Assistance to the Incarcerated Mentally Ill.

10. Interview on "Human Rights for Prisoners March" broadcast at NNIA1

11. Interview on "Assistance to the Incarcerated Mentally Ill" Blogtalkradio show

That increased the paragraphs, urls, and photographs on the article.

This corrupt system has many tentacles, feeding off the unsuspecting public,the sacrificial lambs,of this mass incarceration corruption. Arrest to parole, in the name of profits on our dime.

This is an absolute disgrace....4 years without trial is a crime in itself, one that needs bringing to light and dealt with accordingly. This young boy has suffered incredible injury while being illegally imprisoned, it's time to get this child released and taken care of. He needs love and a safe place to recover from this evil hand he's been dealt.

Where was this child's parents at age 17? I have been in direct contact with a reporter who has been covering this case since the start- there are many misnomers here. I would suggest digging further. I had contact with the mother not too long ago and she of course refutes what is public record via court documents. Again, I would ask where was she when this 17 old child that is mentally ill went to live with an older woman?

Hello, Prison Reform Movement. Holly Alston was an battered wife who had just been diagnosed with muscular dystrophy (MD) and other health problems. She felt helpless when Terrell Scott's stepfather evicted him from the home at age 17. In fact, Scott was evicted when he finally got the nerve to ask his stepfather to stop abusing his mother. By the time Holly ended her marriage, Scott was living with Crystal and her children, where he remained for four years.

Since Scott's persecution and prosecution on Crystal's unfounded allegations for which Scott was incarcerated five years and never allowed to have a trial, Holly Alston experienced more health challenges and had a heart attack.

Mentally ill youths like Scott was should be able to rely on their villages, even if their parents' assistance is unreliable. No woman close to age 50 like Crystal was should take advantage of displaced, sick youths.

Thank you for responding.

The heat cycle for a female dog lasts about 3 weeks. During that time her vulva will swell and she will have a bloody discharge. Do not leave your female dog alone outdoors when she is in heat. Male dogs will become aggressive and have been known to dig and jump fences to mate.